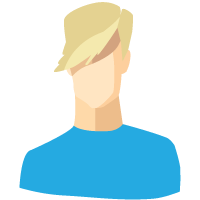 If you own a small club in a metro area that books popular modern bands, then odds are you are going to have to deal with a few bands that attract a rowdy crowd. It doesn't matter if you book primarily rock bands, punk, hip-hop, or even country, odds are that you will need extra security for some nights (unless you're a club that's only booking string quartets or jazz ensembles). Any sort of modern music is going to have its fair share of rowdy fans. And as a club owner and promoter, you should be aware of what bands are known to attract extra trouble. However, these bands might also be super hot and draw in the crowds, so you can't simply steer clear of any controversial acts and and try and play it safe. You will loose business to other clubs that host them and simply use appropriate event security. So, here's how you can host the concert safely.

Have Security Use Metal Detector Wands At The Door

You don't want guns or blades inside the event. While it might seem like a bad look to have security wand everyone who walks through the door, it's a much better look than having to let in cops and paramedics should a fight break out. So make sure that your event security has high tech wands and uses them on everyone who passes through the door. That last point is important, you don't want to discriminate and only selectively wand some patrons. Besides being inefficient at preventing weapons from getting in (a tough looking guy might have his girlfriend bring in his piece) you are also creating an unwelcome atmosphere. It's much more acceptable to simply wand every single person who steps through the door.

It's a big mistake to simply hire some tough guys to police to crowd. This can end up in a major confrontation (just look back to the mess involving the Rolling Stones, the Hell's Angels and Altamont). You should use an event security agency that has already done the heavy work of screening out staff that are predisposed to violence. You want people who will be able to diffuse situations, not escalate with violence. Professional security guards should always look to move trouble makers out of the venue and into the street where the police can be handle the situation. The goal is to minimize the disruption of your other patrons, and also prevent any sort of injury.